A true pioneer on the console market and the undisputed leader of the early years of home entertainment. It's also the longest-produced console in history (14 years). The operating memory of this machine is 128 bytes (which is roughly as much data as two lines of printed text). Originally (until 1982), sold under the name Video Computer System (VCS). One of the most well-known games for Atari 2600 is the infamous E.T. Often cited as one of the worst video games ever released, E.T. is considered a contributing factor to the video game industry crash of 1983. In Poland, the console was mostly known in the form a taiwanese clone called "Rambo", which had a large selection of built-in games. 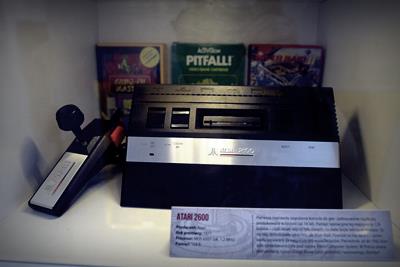