Nintendo entry into the world of 3D games. Unlike competitors like the first Playstation or Sega Saturn, Nintendo did not use a CD-ROM drive, but still clung to cartridgy, which meant that the games lack movie cutscenes or music.

With this console Nintendo introduced an unusual pad that can be held in two ways and that has popularized analog knobs.

The console released in many different colors, as well as in the special edition of Pikachu presented here. 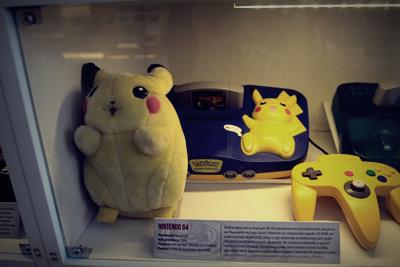 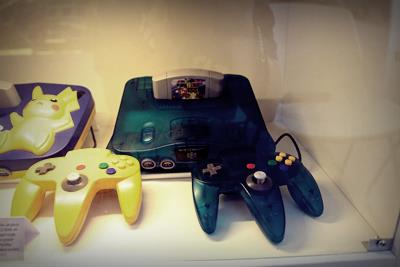