Pong - a computer game that is a simulation of table tennis using two-dimensional graphics. The goal of the game is to beat your opponent by getting a higher score. The game was released in 1972 by Atari and is one of the oldest intended for slot machines.

Pong was created by Allan Alcorn as part of a training exercise assigned to him by Atari's co-creator Nolan Bushnell. He took the idea from an electronic game of table tennis, which is part of the Magnavox Odyssey console, which was later the cause of a lawsuit against Atari. Bushnell, surprised by the good effects, decided to serial production of the game.

During Christmas in 1975, Atari published a console version of Pong, which again brought great profits to the publisher. The game has been restarted many times on subsequent gaming platforms. References to Pong and his parodies are found in numerous television series and computer games; it also became part of some gaming exhibitions. 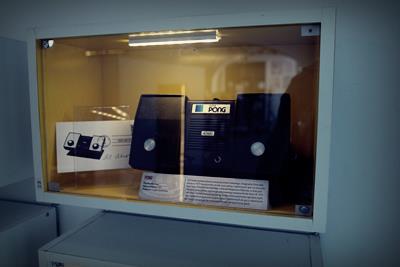