A representative of Cartrig pongs. These consoles, although allowing to play various games, were not yet programmable computers. Game controls were contained in a dedicated chip, similar to pongs. The chip itself was placed in the card, so the games could be exchanged. However, there were few - only about 8 titles
The console used quite common in pong clones, analog controllers, interestingly without the automatic centering known from modern pads. 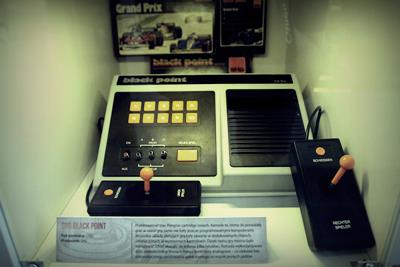